The World Muslim Communities Council organized, on Monday, August 8, 2022, a virtual conference entitled "Religious Coexistence in Southeast Asia: Unity in Diversity", with the participation of a number of religious and academic leaders and personalities from Southeast Asian countries such as Indonesia, Malaysia, Philippines, Cambodia, Burma, "Myanmar" and Thailand, and from religions such as Islam, Buddhism, Christianity and Judaism.

In the opening speech,Al Nuaimi said that globalization is fact that we will find everywhere, so it is important to promote the values that create strength and solidity for Muslim communities.

Al-Nuaimi said that we must promote peaceful coexistence, especially in light of what is happening now in the world, stressing that the next generation must respect the other and appreciate its values, as we must invest in education, universities and schools in addition to looking at history to create a better future for our community.

The Chairman of The World Muslim Communities Council pointed out that social media has proven that our youth are able to communicate with others around the world.

While H.E. Okna Datuk Dr. Othsman Hassan, Senior Minister, In charge of Special Mission, Islamic affairs, Cambodia, said that the Cambodian society has many different religions and beliefs, noting that Muslims represent about 5% of the Cambodian population and practice their rituals freely.

Dr. Othsman added that they have representatives of the Muslim community in many different governmental organizations and bodies, and about 1500 Muslim teachers who get their salaries from the government on a regular basis, pointing out that Muslims in Cambodia have all rights, including halal food, in any facility or institution. This was observed during the Corona pandemic, where halal food was provided to Cambodian Muslims during their stay in hospitals for treatment.

Professor Datu Mussolini Sinsuat Lidasan, Member of Parliament Bangsamoro Transition Authority, Executive Director of the Al Qalam Institute of Islamic Identities and Dialogue in Southeast Asia, at Ateneo de Davao University, Philippines, explained that the peaceful coexistence of all members of society is very important, especially for local communities. “If this happens, we will be able to make peace easely”.

Mussolini said that humanity faces many challenges such as wars, floods and climate change, so we must work together to overcome the difficulties facing our world.

For his part, Dr. Suhadi Cholil, Dean of the Faculty of Education, The University of Nahdlatul Ulama Yogyakarta-Indonesia thanked The World Muslim Communities Council for its continuous support, adding that he grew up in a diverse environment, as his father is a Hindu and his mother is a Muslim, stressing that there is cooperation between all religions in Indonesia.

Cholil explained that he views Islam as a religion of love and peace, and it is important to emphasize that extremism does not represent Islam, praising the experience of the United Arab Emirates, which highlighted the future of humanity in terms of peaceful coexistence.

Meanwhile, Dr. Ainul Jaria Moideen, International Islamic University, Malaysia said that the government in Malaysia faces many challenges, however it is working to solve them through sustainable development initiatives.

Dr. Izak Y. M. Lattu, Assistant Professor of Interreligious Engagement and Sociology of Religion at Satya Wacana Christian University, Indonesia, emphasized that religious dialogue in Indonesia is very important, confirming that there are many community initiatives for intercultural dialogue.

Izak pointed out that the relationship between the mosque and the church in Indonesia is strong, stressing that the youth are working on dialogue and respect each other.

For his part, Rabbi Yaakov Baruch ,Rabbi at the Shaar HaShamayim Synagogue, said that diversity is the essence of Judaism, as it believes that everyone has all rights and benefits, and that there is no difference between anyone, as all people is equal.

Yaakov added that synagogue distributes iftar meals to Muslims during Ramadan, and Muslims are allowed to eat food in the synagogue and practice their religious rituals, stressing that the Jewish community in Indonesia is integrated with the rest of other religious communities.

Ms. Kannaporn Pam Akarapisan, Head of Southeast Asian Programs,Director of LifeLong Learning Programs, Payap University, Thailand, explained that the peace building process is a joint work among all members of society with a great responsibility. Added that she was the only Muslim in a Christian university in a Buddhist country, and she was suffering because of the lack of halal food during that period, but that was inspired her to be an ambassador for Islam within the university.

Mr. Ashin Mandalar Lankara, A Peace Activist Working on Interfaith and Intercultural Dialogue, Myanmar, said that religious disputes are not the only one, and that political disputes are related to religious and economic issues.

Lankara explained that politicians use religion to gain power and achieve personal interests, calling for the need to listen to others, communicate and coexist with them.

At the conclusion of the conference, Ms. Harisna Hikmah,The University of Nahdlatul Ulama Yogyakarta-Indonesia, said that Muslims represent 87% of 279 million Indonesia’s population, stressing that Indonesian Islamic institutions not only teach religious studies but also community empowerment.

Hikmah added that there is a great diversity of religions and languages in Indonesia, so “we work on teaching students tolerance and acceptance of diversity, stressing that coexistence with others is deeper than tolerance.

The World Muslim Communities Council is an international non-governmental organization that was established on May 8, 2018 in Abu Dhabi.  It includes more than 900 Islamic organizations and institutions from 142 countries. It is a think tank for helping organizations and associations operating in Muslim communities, renewing their thinking, improving their performance, and coordinating it's joint work. 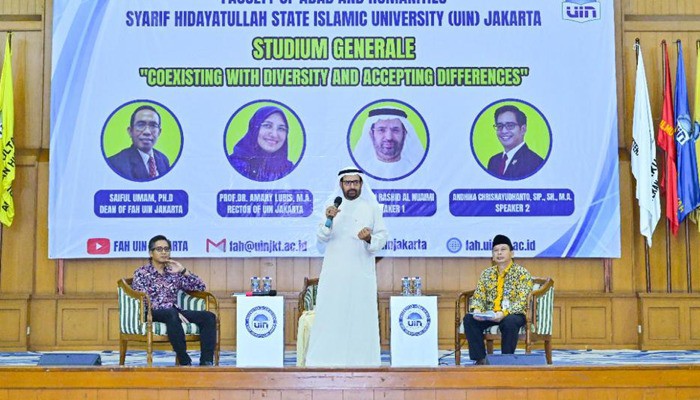 Chairman of TWMCC Gives a Lecture Titled “Coexistence, Diversity and Acceptance of Differences” in Jakarta 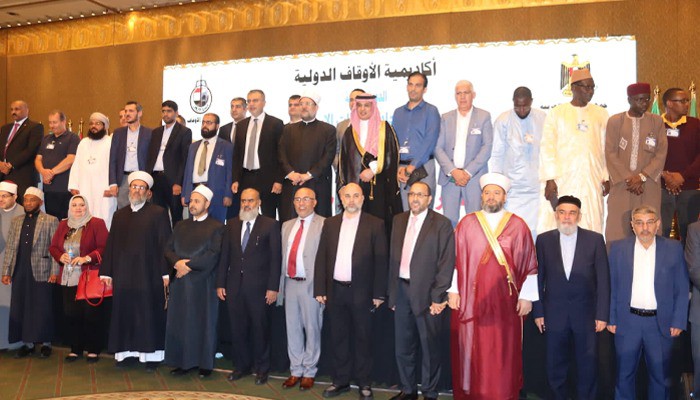 Final communique of the 33rd international conference of the Supreme Council for Islamic Affairs "Ijtihad is the necessity of the era: its forms - its guidelines - its men - the need for it" 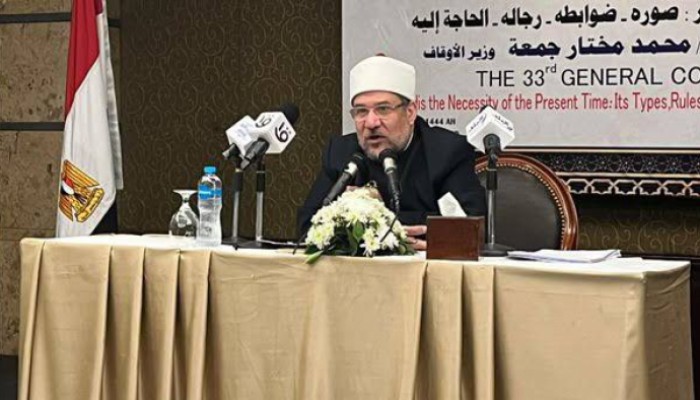