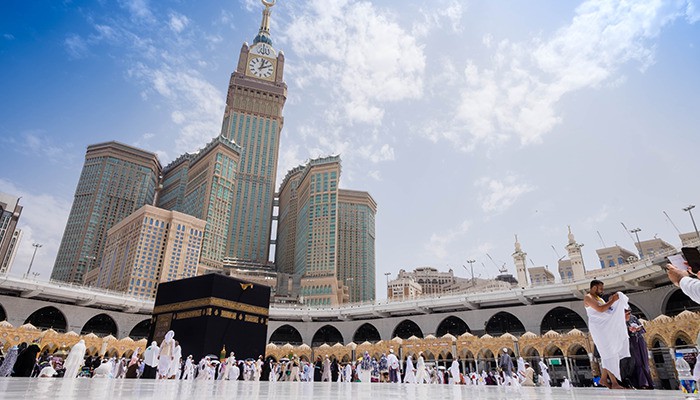 His Excellency Dr. Ali Rashid Al-Nuaimi, Chairman of the World Muslim Communities Council, affirmed the Council’s support for the decision of the Ministry of Hajj and Umrah in the Kingdom of Saudi Arabia to make a pilgrimage this year in 1441 AH in very limited numbers for those wishing to perform the rituals of Hajj for different nationalities who are inside Saudi Arabia.

His Excellency pointed out the importance of the Kingdom of Saudi Arabia’s decision at this current and sensitive time, for the preserving of human life, to achieve the purposes of Islamic law, and the establishment of the interests of religion and life without disrupting the living system. Hence the importance of making of this ritua, in compliance with precautionary procedures, officials directives and guidelines, as well as requirements for prevention and social distance, to protect people from Corona pandemic, which has afflicted more than 180 countries around the world.

The Chairman of the World Muslim Communities Council stated that the Kingdom always affirms its keenness on the comfort and safety of the guests of al-Masjid al-Ḥarām and visitors of the Prophet’s Mosque, as well as ensuring their safe return to their countries, asking Allah to remove this affliction and distress from the whole world, and heal all the sick.

The Saudi Ministry of Hajj and Umrah announced in a statement, Monday, the making of Hajj this year 1441 AH in very limited numbers for those wishing to perform the rituals of Hajj for the various nationalities who are inside Saudi Arabia.