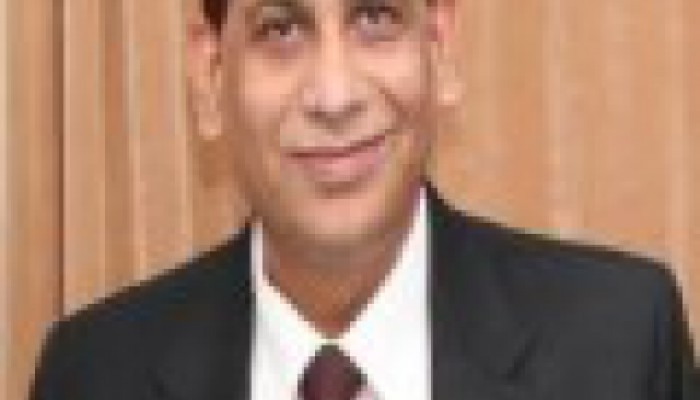 India is best explained by the term heterogeneity rather than homogeneity. Though Hindus are in massive majority with about 80% share in population, Muslims are  in fact second largest majority. Islam originally reached the Malabar coast of India during the lifetime of Prophet Muhammad. Subsequently Muslims conquered Sindh in 712 A.D. and Muslim rule was firmly established in Delhi in 1206 A.D. Five Muslim dynasties ruled till 1526 when Zahirduddin Babar defeated Ibrahim Lodi in the first battle of Panipat. Babar was invited to India by the Hindu Rajput King Rana Sanga.  Mughal rule(1526-1857)  was not an exclusive Muslim rule but an example of Muslim integration with the Hindus as Hindu Rajputs enjoyed high administrative positions and during Aurangzeb’s regime(1659-1707) approximately Rajput in the nobility was as high as 40%. Babar  who is demonized on a routine basis for the alleged demolition of Ram temple and construction of  Babri mosque by his general Mir Baqi has in fact in his will had advised his son Humayun to ban cow slaughter.  In the same spirit Akbar abolished the pilgrimage tax that was imposed on Hindu pilgrimages and jazia was abolished.  Huge land grants were given to Hindu temples.  Indian economy during Mughals had the high GDP rate of some 25%.Recognizing the contribution of Mughals, the leaders of first war of independence in 1857 on their own after proclaiming independence from British in areas so freed from the British declared the last Mughal emperor Bahadur Shah Zafar as the emperor of India. He thus became the only King in the history of kingship who was declared King by the masses.

The influence of Islam on Indian society and its contribution to the  national integration is clearly evident in art, culture, languages, architecture, warfare, food, dresses, mannerism, medicine etc. Muslim Ulema issued fatwas against the British and gave a call of jihad to fight against the British. The slogan of Inkilab zindabad and Jai Hind were coined by the Muslims. The national song of India sare jhan se achcha Hindusta hamara was written by the Muslim poet Dr. Iqbal. The two nation theory of VD Savarkar and Mohammad Ali Jinnah was rejected by the Muslim Ulema. A small minority had right to vote under the Government of India Act,1935 and a majority out of this insignificant minority alone endorsed partition and creation of Pakistan. Under Indian Independence Act,1947, Muslims had an option of going to Pakistan but an overwhelming majority of Muslims of India opted for India in preference to Pakistan. Thus Muslims are there in India not out of compulsion but out of their own free will and choice.

Here an effort will be made to examine the influence of Islam on the Hindu laws and how such laws thereby were reformed.  Muslim rulers did not impose Shariah on their non-Muslim subjects. They did not interfere in their religious practices and laws. This policy of non- interference in the personal laws was continued even by the British and is being followed even today. Islamic criminal law was abrogated by the British but the Indian Penal Code, 1860 just like Islamic law had just few capital offences. Islam provides just for half a dozen hudood offences.

Islam’s idea of equality attracted the lower caste Hindus and many of them converted to Islam. When the constitution was drafted, untouchability was abolished (Article 17) and right to equality(Article 14) was guaranteed not only to all citizens but also even to  foreigners. Based on Islamic principles of Zimmis, minority rights were guaranteed.

Under Hinduism, widows were to be burnt alive on the pyre of their husbands. Raja Ram Mohan Rai initiated the social reforms leading to abolition of sati and enactments of law on Hindu Window’s Remarriage Act,1856 permitting remarriage of Hindu widows. Islam was the first religion in the world that guaranteed property rights with full ownership  to women as widows, daughters and sisters. In 1937 Hindu Women’s Right to Property Act was passed that gave limited property rights to Hindu widows.

Under Hindu law marriage used to be a sacrament- a union for this life and seven lives hereafter. Accordingly like Christianity it was a permanent union with no provision of divorce in spite of incompatibility between the spouses and irretrievable breakdown of the marital relationship. Since Islamic law treats marriage as a civil contract which like any other contract can be terminated if there is breach of terms of contract, Hindu Marriage Act, 1955 provided provisions for the divorce. Similarly Hindu Succession Act,1955 gave a share to daughter in the property   in the self-acquired property of father. In 2005, she was made a coparcener and thus can get a share even in the ancestral properties. Islamic law’s distinction between valid and void marriages has also been adopted in Hindu law.

Muslims too had adopted several Hindu traditions over a period of thousand years or so. Today we do see the caste system amongst Muslims with the well-known distinction between ashraf and ajlaf. The evil of dowry too has become wide-spread. Expensive weddings are preceded by several Hindu practices like Mehandi etc.  In several regions of India something like mangal sutra and sindoor are put on by the married Muslim women. Just like Hindus, divorce is considered as a stigma. Several rituals on death have also been adopted by the Muslims. Sufi graves do not look very different from the Hindu temples. Sufi music has quite an Indian influence.

When two communities live together for centuries, they are bound to adopt each other’s practices. Muslims have enriched Indian mosaic and added some very interesting colours to the rainbow nation. Let Indian pluralism and diversities be celebrated. Let us accept each other with all the distinctive identities being preserved.

Raḥmān and Benevolence: The Universal Love and Tolerance in Chinese Islamic Tradition