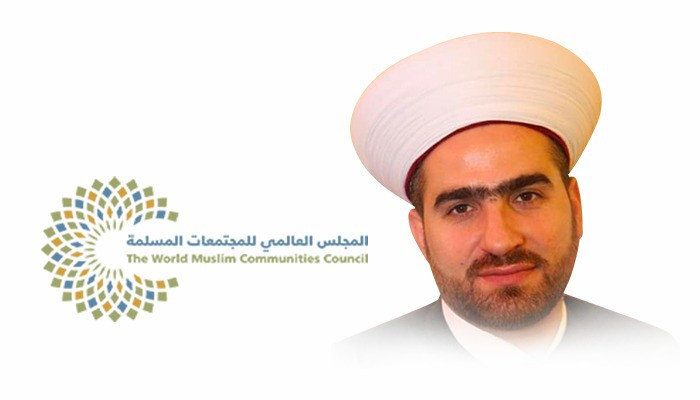 His Honorable Sheikh Ali Dib Al-Khatib, the representative of the Lebanese Dar Al-Fatwa in Brazil and Latin America, congratulated Muslims on the occasion of the anniversary of the Prophet’s birth, stressing that it embodied the whole Islam, so when we celebrate his birth, we celebrate the birth of Islam. He said, in a virtual lecture organized by the World Muslim Communities Council, on Wednesday, October 28, 2020, entitled “Birth of the Prophet of Mercy”, via the Council’s social media pages, that the noble Prophet established a Muslim community whose pillars are goodness, peace and tranquility

Sheikh Al-Khatib cited the Qur’an : “We sent thee not, but as a Mercy for all creatures” to confirm that the Holy  Book is full of mercy, and that the Holy Prophet is a mercy for all mankind, explaining that the prophets are a mercy for humanity, and Mohammed (PBUH) is the master of mercy on the earth.

The representative of the Lebanese Dar Al-Fatwa in Brazil and Latin America listed some aspects of the greatness of the mercy of the Holy Prophet (PBUH), which pervaded the worlds and all aspects of life, whether in his private dealings or with his wives, children, society or even his enemies, saying that the Holy Prophet brings together the warring tribes, to be a lamp for mankind, guide to the right ways, straightener for mistakes, and an example of mercy for animals, plants and the environment.

Sheikh Al-Khatib called on Muslims to arm themselves with knowledge, correct their deeds and relationships, take knowledge from its true sources, coexist in diverse multiple societies, and preserve the pure and sound belief. He is concluding that belonging to religion does not conflict with love and loyalty to the homeland.