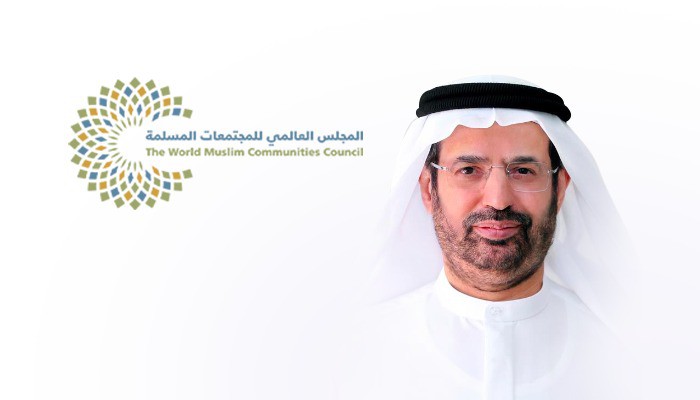 Chairman of The World Muslim Communities Council Council: Russian Federation is Keen for Islam to be an Integral Component of Culture and Society

His Excellency Dr. Ali Rashid Al-Nuaimi, Chairman of the World Muslim Communities Council, confirmed that the Russian Federation has proven that the Islam is an integral component of Russian society and culture, explaining that the Muslims of Russia enjoy full and equal rights and are proud of their belonging to Islam and their homeland.

His Excellency added, during his participation virtually in the conference (Muslim Religious Heritage in Russia) organized by the Bulgar Islamic Academy, Tatarstan, Russian Federation, on Monday, October 26, 2020: “We are living a blessed, which is al-Mawlid or Mawlid al-Nabi al-Sharif. This occasion brings together the Muslims of the world to express the love of our Prophet (PBUH), and expresses the unity of Muslims to present to the world a message of love and peace.

Al-Nuaimi praised the experience of the Russian Federation, which has made real achievements in terms of adherence to Islam and belonging to the homeland at the same time, saying that the Muslims of Russia have the right to be proud of achieving social peace, cohesion and presenting the image of moderate Islam.

He said that the Islamic world is going through a critical period related to building the true vision of Islam and presenting the correct religious discourse to the emerging generations, explaining that the role and responsibility of religious leaders in the Russian Federation includes selection of Islamic heritage that suits the requirements of our age, presenting a persuasive religious discourse for young people, by adhering to basic of the religion and its correct message, clarifying that Islam is a religion of mercy and peace and that the Messenger's message is a mercy for both worlds.

His Excellency also called on religious leaders in the Russian Federation to raise a generation that believes in societal compassion for all humanity, to qualify religious leaders to prevent the control of malicious actors, to qualify young people to work within the framework of the national state, to purify the Islamic heritage in line with the laws of the country, and to preserve the moderate model that Russia achieved it.