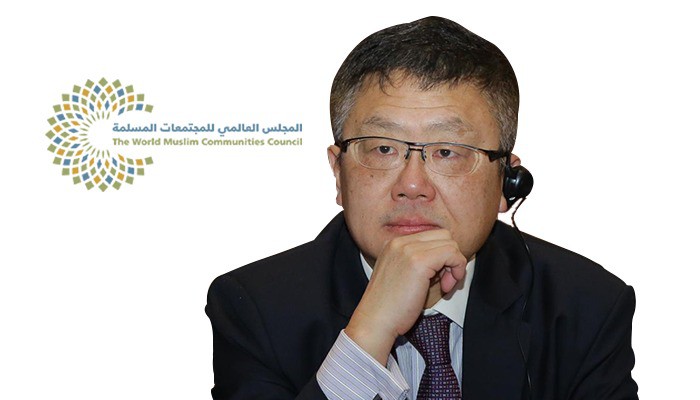 Prof. Huang Jing, a Chinese thinker with a PhD from Harvard University under the supervison of the most famous American thinker, Samuel Huntington, who is currently working as dean of the Institute of International and Regional Studies at the Beijing University of Language and Culture in the People's Republic of China, praised the efforts of the UAE in promoting peace, as it concluding a peace treaty with Israel. He is stressing that the UAE has transferred the Arab-Israeli conflict from the stage of (a struggle over who we are) to (what do we want). He said this position stems from courage, will, wisdom and visionary insight, praising also the tireless efforts to overcome the challenges facing the Muslim world, including the vision of the Kingdom of Saudi Arabia 2030. He is explaining that the Islamic civilization is open to all cultures.

During the virtual lecture "Towards Peaceful and Prosperous World.. Regional Attitudes and Opportunities after Pandemic", organized by the World Muslim Communities Council Council,, Saturday, September 26, 2020, Professor Huang called the Islamic world to benefit from the "Belt and Road Initiative".  The Chinese initiative seeks to connect China with the world, to cooperate and achieve equality among countries by investing in strong infrastructure, as well as upholding values ​​and mutual respect, promoting equality and consistency among all.

Jing explained that the challenges of the Islamic world can be summarized in three points, which are stopping ideologies that "demonizes" Islam; correcting the image of Islam and Muslims; sustaining and diversifying the economy and supporting political stability.