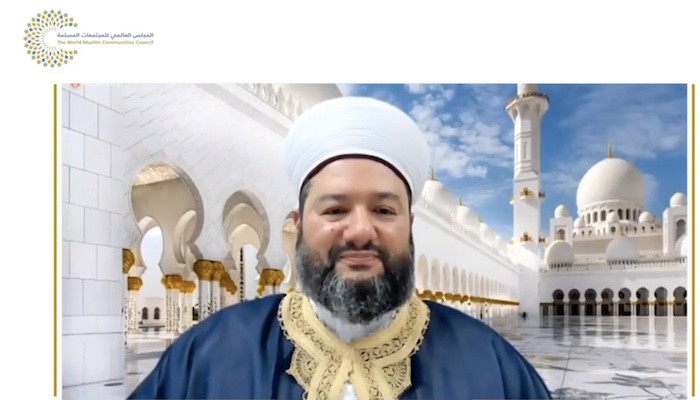 His Eminence Sheikh Dr. Salim Alwan Al Husseini, Secretary General of Dar Al Fatwa (the Supreme Islamic Council of Australia), said that Mawlid al-Nabi al-Sharif is a great, honorable and blessed night, in which our master Mohamed came into existence.

Alwan added: “As for the day of his birth, it is on Monday.” Muslim narrated on the authority of Abu Qatada al-Ansari, may God be pleased with him, that he said that the Prophet was asked about fasting on Monday and he said, whereupon he said: It was the day on which I was born, on which I was commissioned with prophethood". As for the place of his birth, it was in Makkah, which today is known as the locality of the Mawlid.

Sheikh Alwan Al-Husseini explained the virtuous morals of the Prophet, citing the noble verse (And indeed you are of a great morals character), affirming that the Messenger (PBUH) distinguish with qualities such as Generosity and generous morals; bashfulness and lowering the gaze, gentle, chaste-tongue, and tender-looking; gives everyone his right; jokes with his friends, talks with them, share with them; the first to greet the other and to shake hand with his companions; yruthfulness, honesty, chastity, courage, obedience to God, mercy, compassion, benevolence, and sympathy for the poor, orphans, widows and the weak.

The Secretary-General of Dar Al-Fatwa in Australia called on Muslim to Reflecting a good image of our religion, especially in loving good to others, dealing ethically by spreading the virtues of the Prophet, implementing his commandments and following his example, showing the morals of the Prophet and his life as the best response to the offenders of our religion.