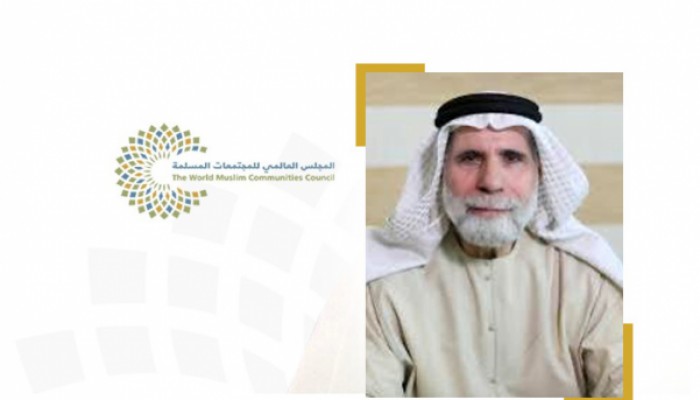 Dr. Farouk Hamada: No contradiction between the work of the preachers and rulers' in establishing security

Virtual Seminar Peace values and their role in Stability of societies

Dr. Farouk Hamada, Religious Advisor to the Court of the Crown Prince of Abu Dhabi, a member of the Board of Trustees of Mohammed V University in Abu Dhabi, affirmed that there is no contradiction between the work of the preachers and wise people calling for peace and the rulers ’desire to establish security and stability in their countries.  And he added:' For our Islamic religion encourages reconciliation and security as a basic requirement One of the demands of the Islamic religion, explaining that foreign relations between countries in war, peace, interests and other matters are the prerogative of the ruler alone, otherwise the country is torn apart'.

This came in his speech at the virtual seminar organized by the World Council of Muslim Communities, today, Wednesday, August 26, 2020, under the title 'Peace Values and their Role in the Stability of Societies", on the Zoom app and the council's social media sites.

Dr. Farouk Hamada said: ' Human coexistence and world peace are among the depths of our religion and the foundations of our Sharia, and we must realize the necessity of coexistence to overcome the devastation around us', he explained also that all human beings are equal in divine honor and are complementary among themselves.

The Religious Advisor to the Court of the Crown Prince of Abu Dhabi referred to the UAE's experience in promoting tolerance in the world. He stressed that the door of the state is open to all cultures, as it has become a microcosm for the whole world, so that the UAE is characterized by coexistence within the framework of public order and the granting of religious rights and freedom in social and economic participation for everyone who lives on its land.

Dr. Farouk Hamada affirmed that the decisive step in coexistence was launched from Abu Dhabi with the efforts of His Highness Sheikh Mohamed bin Zayed Al Nahyan, Crown Prince of Abu Dhabi and Deputy Supreme Commander of the UAE Armed Force, in signing the "Human Fraternity" document, which aimed at cooperation, tolerance, unifying vision, strengthening efforts and inspiring hope In humanity.